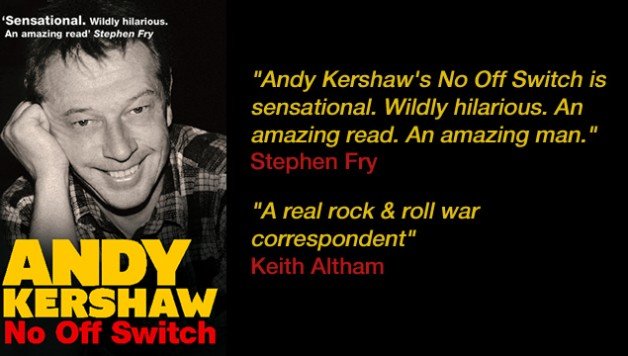 No Off Switch – The Bluffer’s Guide

– has visited 97 of the world’s 194 countries.
– owns an LP and CD collection weighing seven tons.
– is a freelance broadcaster, journalist and foreign correspondent.
– was an eyewitness to the Rwandan genocide and reported it for the Today programme.
– worked for the Rolling Stones in 1982.
– is a regular reporter on BBC One’s television programme The One Show.
– has recently been reporting for The One Show on BBC1
– was a Radio 1 DJ for fifteen years – without ever having any ambition to become one.
– shared a cramped, chaotic office with John Peel for twelve years.
– was the first – and is still the only – journalist to use the word “fuck” on From Our Own Correspondent.
– presented Live Aid on BBC television.
– was banned from Malawi under the dictatorship of Dr Hastings Banda.
– ran away from university, on his first day there, to go to see BB King.
– has seen his own intestines.
– once got the better of Lou Reed – gloriously.
– went on holiday to North Korea with Christopher Hitchens. And Francis Wheen.
– has won more Sony Radio Awards than any other broadcaster.
– was promoting major rock concerts by the age of twenty.
– discovered Ali Farka Toure, the great Saharan bluesman.
– has reported for the BBC from three civil wars and one volcanic eruption.
– went on a blind date with a then unknown Courtney Love – to see Motorhead.
– became a presenter of the BBC2 rock music programme, Whistle Test, by accident.
– suspects he is being stalked by Dr Kenneth Kaunda, the former President of Zambia.
– was Billy Bragg’s driver, roadie and tour manager.
– covered the 2010 Red Shirt Revolution in Bangkok for The Independent.
– has been awarded two honorary doctorates – by the University of East Anglia and Leeds University.
– was supported by an Early Day Motion in the House of Commons when he was dropped by Radio 1 in 2000.
– ran out of his Economics A Level exam, halfway through, to go to see Bob Dylan. (And got a Grade A).
– was – implausibly – photographed for Vogue by David Bailey.
– once had to rescue Mike Tyson.
– spent much of the 1990s hanging around in, and reporting from, Haiti.
– was the central figure in the popularisation of World Music.
– has made BBC radio documentaries in all three “Axis of Evil” countries.
– masterminded the return of The Who to Leeds University, in 2006, for Live At Leeds Again.
– spent a week riding out with Sonny Barger and the Oakland Hell’s Angels.
– was immortalised by Nick Hornby in High Fidelity.
– secured the first ever British television interview with Bob Dylan – by giving Bob a jar of jam.
– argued for the abolition of Woman’s Hour. On Woman’s Hour.
– made trailblazing travel programmes for Channel 4.
– was once invited by the then Labour Party leader, Neil Kinnock, to advise him “on what young people want”.
– worked for Bruce Springsteen in 1985.
– has made four visits to North Korea, the world’s most secretive country.
– is the only broadcaster to have had a programme transmitted simultaneously on BBC Radio 4 and Radio 1.
– has been propositioned by Frankie Howerd and Little Richard.
– paid Duran Duran £50 to support Hazel O’Connor at Leeds University.
– offered his opinion of Simple Minds to Nelson Mandela, just out of jail, in an accidental meeting.
– was radio critic of The Independent – and the scourge of Birtism – while still a BBC Radio 1 DJ. (“The most suicidal column in the history of journalism” – Francis Wheen).
– played The Ramones Blitzkrieg Bop as his first record on Radio 3, the BBC’s classical music station.
– tracked down and unmasked, 32 years after the event, the man who – infamously – shouted “Judas!” at Bob Dylan in 1966.
– was asked to be a presenter of Songs of Praise, the BBC’s Sunday evening televised hymn singing.
– is an atheist.
– turned down an invitation (and £50,000) to appear on I’m A Celebrity, Get Me Out Of Here.
– interviewed John Hurt, at Live Aid, before a television audience of more than a billion, without knowing, at the time, who he was. (He does now).
– followed the firefighting teams of Red Adair and Boots Hansen to the burning oil well-heads of Kuwait at the end of the first Gulf War, 1991.
– believes he was approached by M16 to be a spy.
– is taking that well-trodden career path from BBC Radio 3 presenter to Wall of Death rider. 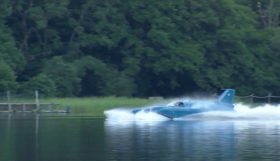 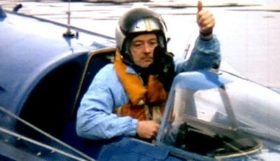 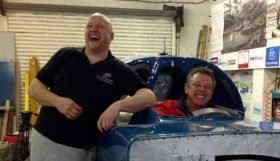 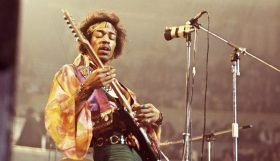 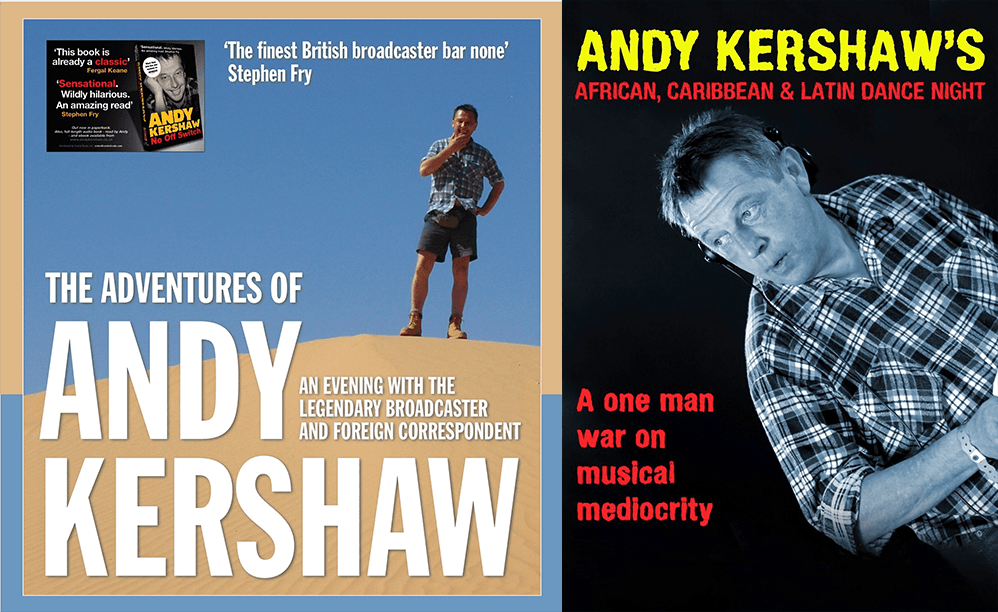